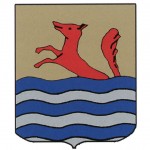 The term ‘ambacht’, or ‘ambachtsheerlijkheid’ in full, originates in the Middle Ages. It is used to designate an area that is granted to a lord (or multiple lords) by an overlord, and is thus a type of landed estate. The lords of an ambacht had all sorts of privileges and were entitled to exercise jurisdiction in the area. The word ambacht primarily refers to the position of ‘schout’, or the head of a municipality. The lords presiding over the ambacht had commercial as well as administrative rights. They had the right, for example, to appoint officials that represented state authority, such as bailiffs, the aforementioned schout, dike-wardens, mayors, schepens, officials in charge of orphans and the poor, and members of a court jury.

Count Willem VI, when granting the territory to the lords in 1410, decided that the lords of Vossemeer would own and exploit the territory, its authority, its industries and all of its rights. Although the word ambacht commonly referred to a jurisdiction with lower courts (civil cases), this was not the case in Vossemeer. It was a so-called higher ambachtsheerlijkheid – an independent territory with its own laws and jurisdiction – the lords of which had the right to carry out corporal punishment or even blood justice (in other words, the death penalty).

The lords of Vossemeer – which was later to be split up into Oud-Vossemeer and Nieuw-Vossemeer – further expanded their territory in the fifteenth and nineteenth century by turning salt marshes into farmland (also known as the ‘impoldering’ process of reclaiming land from the sea, which is typical for the Netherlands). Between 1774 and 1845 then, they attained the territory of Vrijberghe, which bordered Vossemeer in the North-West.

In 1795, during the Batavian revolution, most of the rights of the ambachts were abolished. The lords of Vossemeer, who had cut ties with the civil municipalities after the revolution, chose a new way of governing their territory in 1869: the old ambachtsheerlijkheid was converted into a corporation. In 1935 this was changed into a limited liability company called De Ambachtsheerlijkheid van Oud en Nieuw Vossemeer en Vrijberghe N.V. 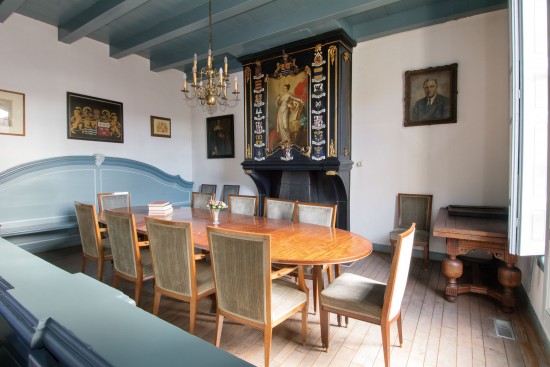