During his State of the Union in 1941, president Franklin Roosevelt formulated four fundamental freedoms that in his opinion should apply to everyone: freedom of speech, freedom of worship (or religion), freedom from fear and freedom from want. Six years after his death a foundation was established to realize these ideals by giving out awards to Americans that are committed to carrying out and ensuring these freedoms. In 1982, on the occasion of the 100th birthday of the president and to celebrate 200 years of diplomatic relations between the United States and the Netherlands, the foundation decided to start presenting Four Freedoms Awards outside of the U.S. as well. On the same occasion, a grandson of the president planted tulips named after his grandfather on the lawn of the reformed church in Oud-Vossemeer.

Since 1982 the medals are presented in Middelburg (the capital of Zeeland) in even years, whereas in odd years they are presented in Hyde Park in New York. Ten years after this special occasion the sculpture “The Four Freedoms” by Nico van den Boezem was revealed in Oud-Vossemeer. 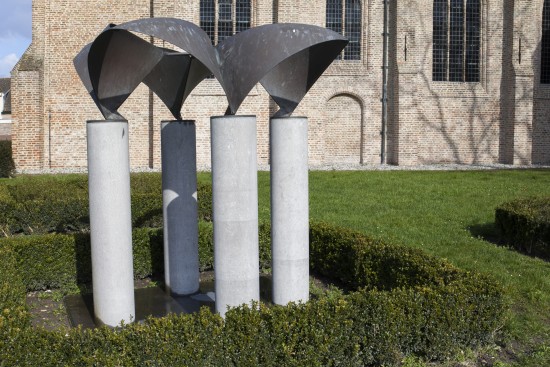