Sorry, this entry is only available in Dutch.

Sorry, this entry is only available in Dutch.

Opening of the Roosevelt Informationcentre

03 May 2016 After three years of preparation, the Roosevelt Information Centre finally opened its doors to the public on April 2nd. There was great public interest on the day itself. Many people paid a visit to the information centre and expressed their interest in the history of the Roosevelt family. We as direction and volunteers ofcourse were thrilled about the enthusiastic responses.   The official opening took place on April 20th in the presence of Her Majesty Princess Beatrix of The Netherlands and three members of the Roosevelt family, namely Elliot Roosevelt, Anne Roosevelt 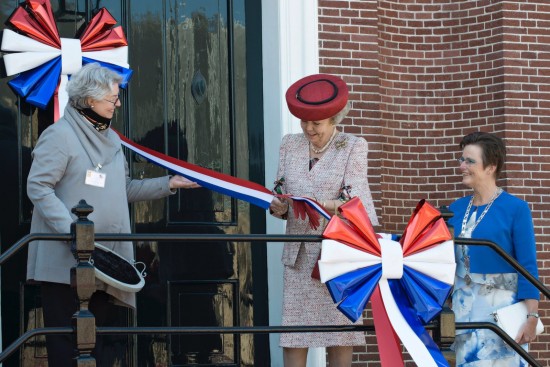